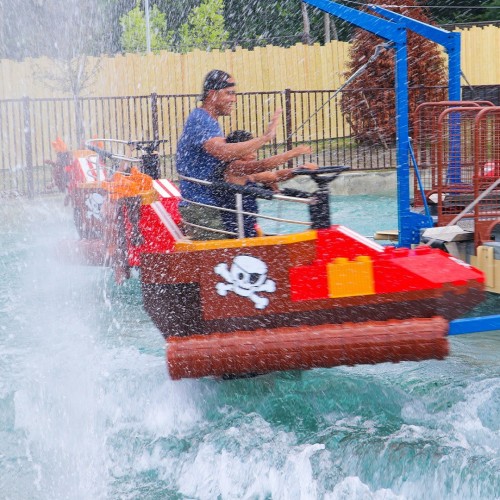 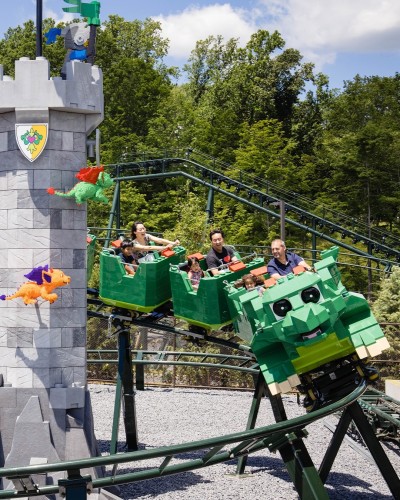 Hope Kidd
July 06 2022
1. Yes, bring swimwear and towels because there are two rides on which you can get wet (even though the main water play area hasn't opened yet). 2. The entire park is cashless. If you're bringing kids who aren't yours and their parents sent cash with them, stop at guest services (at the entrance to the park), where they can take the cash and put it onto a visa card. (This was an issue for our party, and I had to pay for stuff twice with my card and have the kid pay me back in cash -- super annoying for budgeting). 3. Food in the park was quite a bit more expensive than I thought. Our visit was early July 2022. At the time, a little cup of ice cream was 5.99, and a cone of ice cream was 7.99. A cheese pizza was 10.99; pepperoni was 12.99 (or was it 13.99). Those were the cheaper options for lunch. There are lots of stuff that was much more pricey. 4. I was impressed with the amount of shade throughout the park. As someone who burns very, very easily and quickly, it was nice that a lot of areas for standing in line were shaded. (But still bring a hat and sunscreen!)
read more

Al Schleicher
May 21 2022
UPDATED 5/21: I had provided my contact information in the email to Legoland and right as I was pulling into their parking lot they called. The agent was super helpful. I did end up taking an unexpected day off from work because my wife was sick and we could not reschedule the tickets online. This new way of working without direct phone support is frustrating. My son had a wonderful time and it's an amazing place for kids. There is so much to do and they are adding even more. We stayed the entire day until they closed. I asked my son what his favorite part was and he said "all of it!" Original 5/20 Good luck if you run into an issue and need to call to talk with someone! Only support is via email with the basic response "Our Model Citizens are actively responding to emails and guests should receive a response within 7-10 business days." I event tried calling the resort...waited a very long long time and no help. Buyer Beware before purchasing tickets...NO CUSTOMER SERVICE!!
read more

Dwayne Sanders
April 08 2022
So, we're from California visiting my in-laws. I have never been to Legoland until we visited New York. Overall, super friendly staff, clean, roomy, not over crowded, good weather. This is a 5 star park. I'm giving a 4 star because the water fountains were down 😔 and the pizza buffet didn't have dessert. I'd recommend this park. I did have tons of fun like I was 7 years old 💯👏🏾🥳
read more

Bekkie Watson
July 10 2022
Very accessible, and disability friendly. We had a wonderful experience, and all the staff except 1 single employee made our visit as smooth as possible with our disabled 3-year old daughter and her 2 big brothers. Wish the water park had been open, or that we had known there was one coming in August 2022. We would have postponed our trip until then. However we still had alot of fun and will just have to save to go again. The Baby Care center is amazing and such a wonderful thing to have! Many children will benefit from having a "quiet room" to relax and decompress from a fun stimulating day. Thank you for this thoughtful touch! Would love to see a second Baby Care location open in the park too. Our only complaint is the lack of food options with inside seating while we were there. Staff directed us to a restaurant/eatery in Lego City that once we got there it was closed for the entire day. That made it difficult, but we managed to find another option. Overall we loved our visit, had lots of fun and cannot wait to go back.
read more

Haley Sayed
July 08 2022
Friendly staff and all ride operators are very safety oriented which is so good to see. I thought the Italian pizza buffet was great quality and the seating area very nice and clean. Rides are unique and fun for kids under 10. We can’t wait to return and try the hotel out as well. Definitely worth 1 or even 2 days to experience every thing. Fun for the whole family!
read more
View More
Please Read: We strongly advise that you check business websites or call ahead for the most up-to-date information on possible limited hours and whether reservations are necessary or not.
Suggest Edit Claim Listing Flag listing

Reasons for flagging a review: